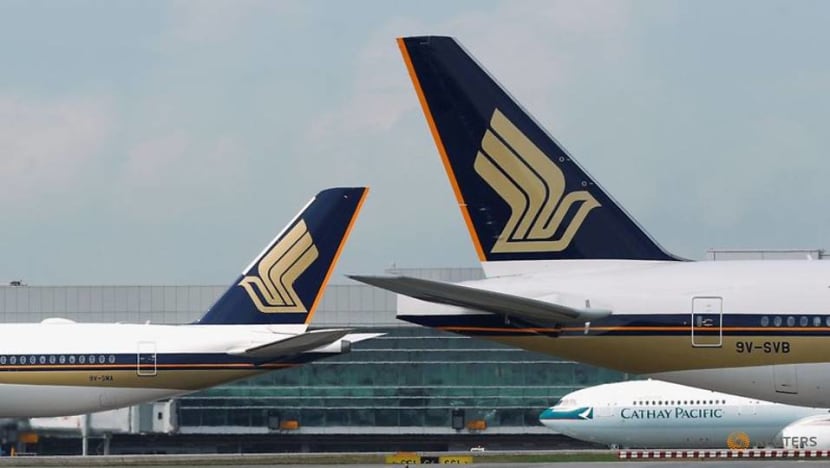 SINGAPORE: Government agencies are reviewing the findings of a study conducted on the operational and commercial viability of using sustainable aviation fuels at Changi Airport, Transport Minister S Iswaran said on Tuesday (Aug 3).

Such fuels can be produced from sustainable resources such as waste oil.

It can reduce carbon emissions by up to 80 per cent, compared with conventional jet fuel on a lifecycle basis, but it is two to five times more expensive, Mr Iswaran said in Parliament.

The study, conducted by the Singapore Government and industry players, has presented options to integrate sustainable aviation fuels with traditional jet fuel at Changi Airport. For instance, at jet fuel facilities or at tank terminals in the existing supply chain.

Based on the availability of feedstock in the region, as well as cost and lifecycle assessments, the study also identified viable feedstock-technology combinations for the production of sustainable aviation fuels in Singapore.

In addition, it suggested various options to facilitate uptake and production of these fuels in Singapore.

“Our agencies are reviewing the findings,” he said in response to a question from Member of Parliament (MP) Leon Perera (WP-Aljunied) who had asked for updates on the Government’s study.

Mr Perera also asked if the Government is looking at the possibility of Singapore becoming a production or export hub for sustainable aviation fuels.

The minister replied that industry players that focus on biofuels, such as Neste, are already part of Singapore’s broader petrochemical ecosystem.

“We have always proactively wanted to anchor some of these more sustainable options as part of the broader fuel mix available in Singapore,” said Mr Iswaran.

Agencies are also studying how Singapore can produce sustainable aviation fuels for both domestic needs and exports, but there are supply constraints.

“One of the things we need to look at is, how we can not just make it available in sufficient quantities which in itself is a challenge, but also do so in a manner that is cost competitive,” he told the House.

Meanwhile, being able to produce sustainable aviation fuels locally will benefit Singapore-based carriers, as well as other carriers that come to Singapore. “Therefore, that is also a matter of export,” the minister added.

“So long before we talk about physically exporting them to other locations, there are supply chain developments already taking place in Singapore. Our focus is on cost viability and adequate supply,” Mr Iswaran said.

“Once we’re able to work on this and implement this, then it will be available to aviation players in Singapore, based out of Singapore using Changi as a hub, and potentially also for the region.”

Separately, despite the COVID-19 pandemic, Singapore is participating in the voluntary phase of the International Civil Aviation Organization’s Carbon Offsetting and Reduction Scheme for International Aviation (CORSIA).

The scheme aims to cap the emissions of the international aviation sector.

The Civil Aviation Authority of Singapore and Singapore-based carriers, such as Singapore Airlines, are monitoring and reporting the airlines’ submissions, under CORSIA, said Mr Iswaran.