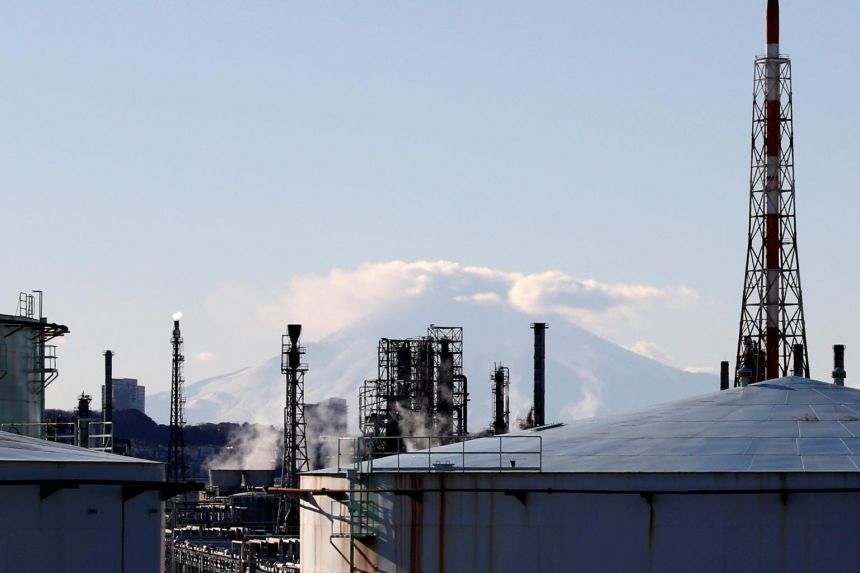 China's factory activity growth slipped sharply last month as demand contracted for the first time in more than a year, a private survey showed on Monday (Aug 2), broadly aligning with an official survey released on Saturday showing a slowdown in activity.

Indonesia, Vietnam and Malaysia saw factory activity shrink last month due to a resurgence in infections and stricter Covid-19 restrictions, according to private surveys.

The surveys highlight the divergence emerging across the global economy on the pace of recovery from pandemic-induced strains, which led the International Monetary Fund to downgrade this year's growth forecast for emerging Asia.

The final au Jibun Bank Japan PMI rose to 53 last month from 52.4 in the previous month, though manufacturers saw input prices rise at the fastest pace since 2008.

Japan also faces a surge in Delta variant cases that forced the government to expand state of emergency curbs to wider areas through Aug. 31, casting a shadow over the Olympic Games and dashing hopes for a sharp rebound in July-September growth.

South Korea's PMI stood at 53 last month, holding above the 50 mark, indicating an expansion in activity for the 10th straight month. But a sub-index on input prices rose at the second highest on record in a sign of the strain firms are feeling from rising raw material costs.

Underscoring the pandemic's strain on emerging Asia, Indonesia's PMI plunged to 40.1 last month from 53.5 in June.

Once seen as a driver of global growth, Asian's emerging economies are lagging advanced economies in recovering from the pandemic's pain as delays in vaccine roll-outs hurt domestic demand and countries reliant on tourism.