China is first out of the gate to Industry 4.0 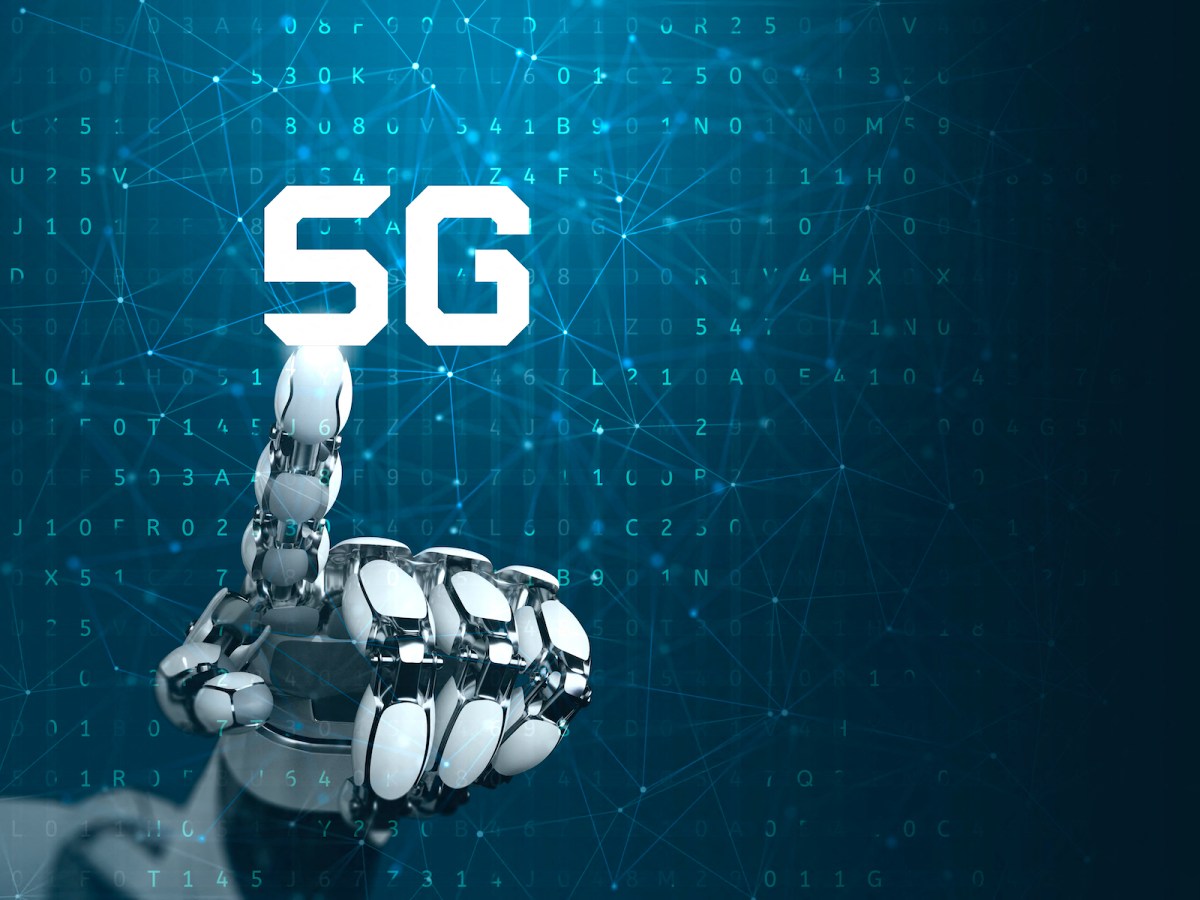 Chinese industry leaders claim that thousands of 5G industry applications are now installed, mostly in the pilot stage, compared to hundreds in the rest of the world. The race towards the Fourth Industrial Revolution is still in early days, but China appears to have an impressive head start.

Telecom giant Huawei alone is building 5G applications for almost 2,000 Chinese manufacturing firms and 5,300 Chinese miners, according to a senior company executive. Enterprise solutions providers and industry consultants promise productivity gains of an order of magnitude and more with the application of Big Data/Artificial Intelligence technology to manufacturing, healthcare, logistics and even agriculture.

What its promoters call “Industry 4.0” promises to solve the great economic policy problem of the past three decades, namely stagnant productivity. Total factor productivity growth (see chart at bottom) has tapered out in all the major industrial economies. The IT revolution had minimal impact on productivity in other sectors. The country or countries that learn to transform other industries with AI and Big Data will dominate the 21st century.

The German industrial giant Siemens announced on its website, “The company has set another milestone on the path to Industrial 5G at its own Automotive Showroom and Test Center in Nuremberg, Germany: a private standalone 5G network in an industrial environment that is based exclusively on Siemens prototypes. Expectations are running high for the potential of 5G wireless communication for industrial applications.”

Other Western companies, including IBM and Cisco, are marketing 5G enterprise solutions aggressively. But the Western competition remains in proof-of-concept territory, while China is deploying 5G productivity applications in depth. Regulatory issues, including the allocation of radio spectrum to 5G applications, are a leading concern for prospective investors in 5G networks. 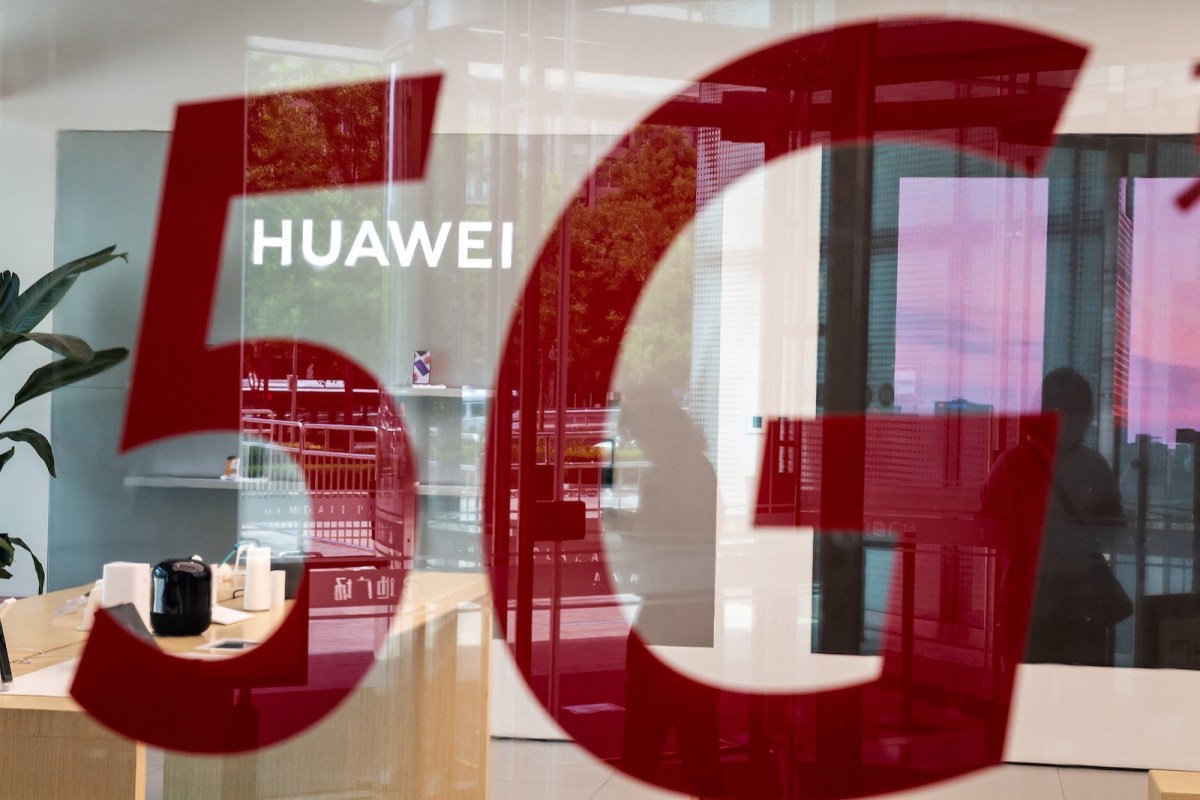 The same month, China’s Vice Minister of Industry and Information Technology Liu Liehong had said that 5G standalone networks served all of the country’s prefecture-level cities (with more than 250,000 people). China thus appears to have reached the steep part of the learning curve.

Estimates of investment in enterprise-level 5G systems vary widely, in part because many networks now use older LTE technology. Last year the global consulting firm predicted “that more than 100 companies worldwide will have begun testing private 5G deployments by the end of 2020, collectively investing a few hundred million dollars in labor and equipment.”

But a January 2019 report by the Massachusetts consulting firm International Data Corporation predicted that “worldwide revenue attributable to the sales of private LTE/5G infrastructure will grow from $945 million in 2019 to an estimated $5.7 billion in 2024 with a 5-year compound annual growth rate (CAGR) of 43.4%. This includes aggregated spending on RAN [radio access networks], core, and transport infrastructure.”

Huawei Technologies’ Chief Technology Officer Paul Scanlan told Asia Times, “In China, we have about 820,000 5G base stations, against one million globally, and 320 to 400 million consumers using 5G. In China, we built 5,000 industry solutions. We are piloting and testing them. But these things are already making money.

“We are piloting in mines, coal, iron and steel factories, chemical factories, auto, cement factories, agricultural sites. And the agriculture applications range from strawberries to rice planting. 5G was designed for this sort of thing and we are trying it out,” Scanlan said.

The Huawei executive said, “5G was designed for this sort of stuff. China understands that some of the operational efficiency comes from 5G. Hospitals treat patients faster, mines are safer, manufacturing is more efficient.  We are trying to show that these things are practical and possible.”

Other Chinese tech companies are more cautious about 5G as a business-to-business technology. Last year, Tencent executive Wang Yachen said that Tencent was conducting 5G trials, but worried that high costs were a barrier to entry and that parts of the technology weren’t ready for market.

Speaking to an online conference, Tencent’s Wang said, “Our enterprise customers are looking for a private 5G network, whether it’s virtual or physical. But the physical network cost is a very big challenge.” 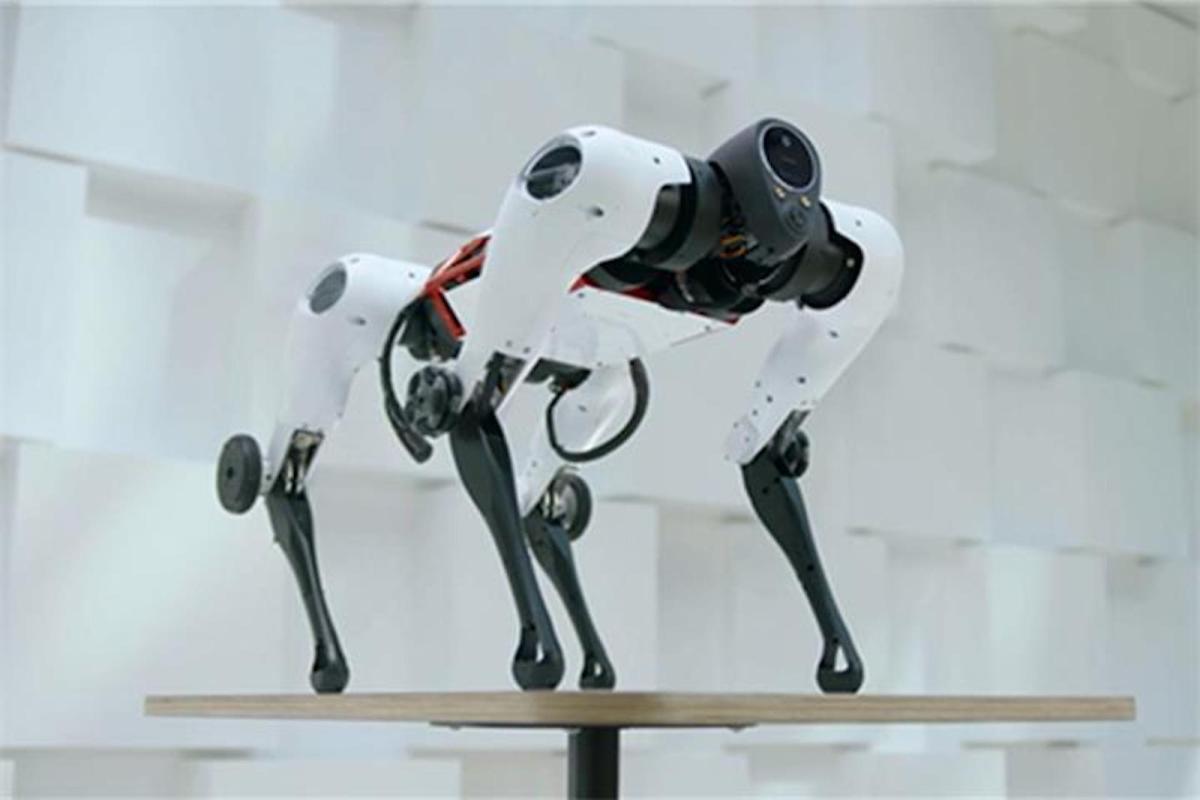 Another speed bump for 5G applications has been the stance of Chinese telecom providers, who want to sell operator networks rather than private networks. Writing in the trade publication Light Reading, Robert Clarke reported last year, “The operators themselves are defending their monopoly with some familiar arguments: that allocating spectrum to verticals is wasteful, difficult and costly, and that operator networks are more advanced.

One China Unicom researcher, An Gang, has even asserted that private networks are one and a half generations’ behind the operators’ 5G networks.” Clarke reported that the three major Chinese telcos had built 800 private networks as of the end 0f 2020.

The telcos have come under fire from other Chinese experts. Professor Li Shaoqian of the University of Electronic Science and Technology, for one, argues that the telcos aren’t the best providers of enterprise solutions given the complexity and varying needs of individual applications.

By February 2021, though, China’s telecom providers appeared to be singing from the same hymnbook as the tech companies. A catalyst for the new mood of cross-industry cooperation was China’s all-country effort to suppress the Covid-19 pandemic, which drew in major tech companies who provided smartphone apps to track location and vital signs, as well as extensive application of AI to analyze infection trends and identify prospective virus hotspots.

Mobile World Live reported, “During the opening keynote, China Unicom SVP Mai Yanzhou outlined the operator’s plans to pursue innovation across 5G, big data, cloud, AI and IoT, but said it planned to promote sharing of key resources including infrastructure and R&D. He urged industries to ‘work with each other in a deeper manner,’ noting ‘as long as we work together, we can win together.’”

China Unicom chairman and CEO Wang Xiaochu added that joint efforts to develop a firm digital foundation would help “empower high-quality growth of society and the economy.” Yang Jie, China Mobile chairman, struck a similar note arguing “all industry stakeholders need to open your arms and work with each other…to promote the digitalization and the intelligent transformation of society.”

This display of cooperative spirit probably reflects government efforts to suppress turf wars that threatened to slow the proliferation of 5G productivity applications. Huawei and the Chinese telcos have tried to underscore their cooperation. 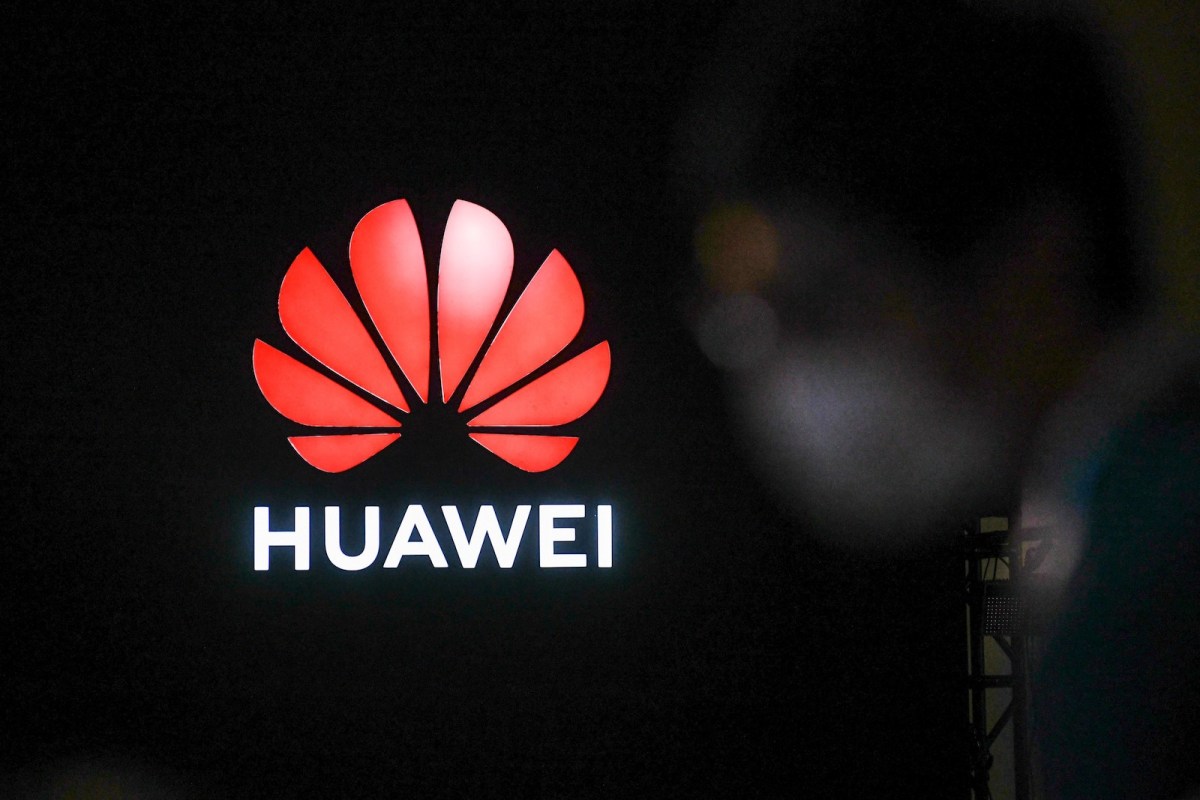 In a March 2021 press release, Huawei glowingly reported: “In partnership with China Mobile and leading industry integrators, Huawei took the lead in implementing a 5G private network project for the factory campus of Hualing Xianggang. This project has considerably helped the steel producer to explore new 5G industrial applications, including on-premises data processing, local break-out (to enable local data to be exchanged directly without bypassing the core network), and preferential processing of local services.

Huawei’s Paul Scanlan adds, “You need an ecosystem of players to make this transformation happen,” he said, “Traditionally this is not what happens. We’ll need a numbers of system integrators and other partners, in which Huawei might play a small role. And we might need a ministry to relax this or that regulation.”

Scanlan claims that 5G enterprise applications are profitable, even in early stages. “Step back from supply chain issues and politics,” he told Asia Times, “ and ask the question whether 5G has been useful from a business standpoint, and the answer is overwhelmingly ‘yes.’ What about businessees deploying it – consumer or business? There are still companies that are not convinced on 5G or are reducing CapEx. Not only do you get a better return on investment, but you are improving your operation due to 5G operational efficiencies.”

An example, Scanlan said, “is the way video traffic is monetized. For example, you can watch your food being prepared at restaurant online. You can migrate this to Augmented Reality and Virtual Reality. It’s being used in gaming. All the universities are now using 5G uplinks. Healthcare benefits from high-definition videos that allow remote diagnosis and Artificial Intelligence diagnostics. We find that companies are learning how to monetize 5G with innovative ways of taking products to market.”

Scanlan reports that Huawei already is building 5G enterprise applications for “a couple of thousand manufacturing facilities, and we will do 16,000 next year. We have 5,300 mines – that’s a significant proportion of all the mines in China. So we have to ask: If China is doing it, why aren’t other countries doing it.”

Huawei has researched the potential for 5G productivity applications in all the world’s major economies, across 18 industries, Scanlan continued. “Let us start with a couple of countries and a handful of operators, and we will scale this up across the world. We look at every country from the standpoint of macro performance, sustainability goals, GDP impact each industry, as well as 5G benefit to each industry’s GDP. That means examining every manufacturing plant, every mine, every hospital and school clinic, across 18 industries.”

“With respect to geography, China is the largest market for industrial robots: 154,000 industrial robots were sold in China in 2018, accounting for 36 percent of global industrial robot demand. This is nearly three times as many as were sold in Japan, the second-largest market, and nearly four times as many as in the United States and South Korea, the third- and fourth-largest markets. Bosch Rexroth is taking this concept even further. It is building a factory in Xi’an, China, in which only the walls, floors, and ceiling are fixed; everything else is mobile. Assembly lines are modular, with their constituent machines—communicating with each other over 5G—autonomously moving and reconfiguring themselves into new production lines,” the firm wrote in a 2020 report.

During the next five years, the productivity impact of the Fourth Industrial Revolution well may jump from the micro-level of enterprise efficiency to the macro level, reversing the decades-long decline in productivity growth in all the world’s major economies.

The chart below shows the rolling 10-year average change in total factor productivity (output in excess of capital and labor inputs) for the US, France, Germany, Japan and China. The United States showed a huge wartime jump in productivity during and after World War II, and a smaller period of high productivity growth during the 1980s.

China’s highest period of growth in total factor productivity occurred during the late 1990s and 2000s, as 600 million Chinese migrated from low-productivity rural work to industrial jobs in the city. 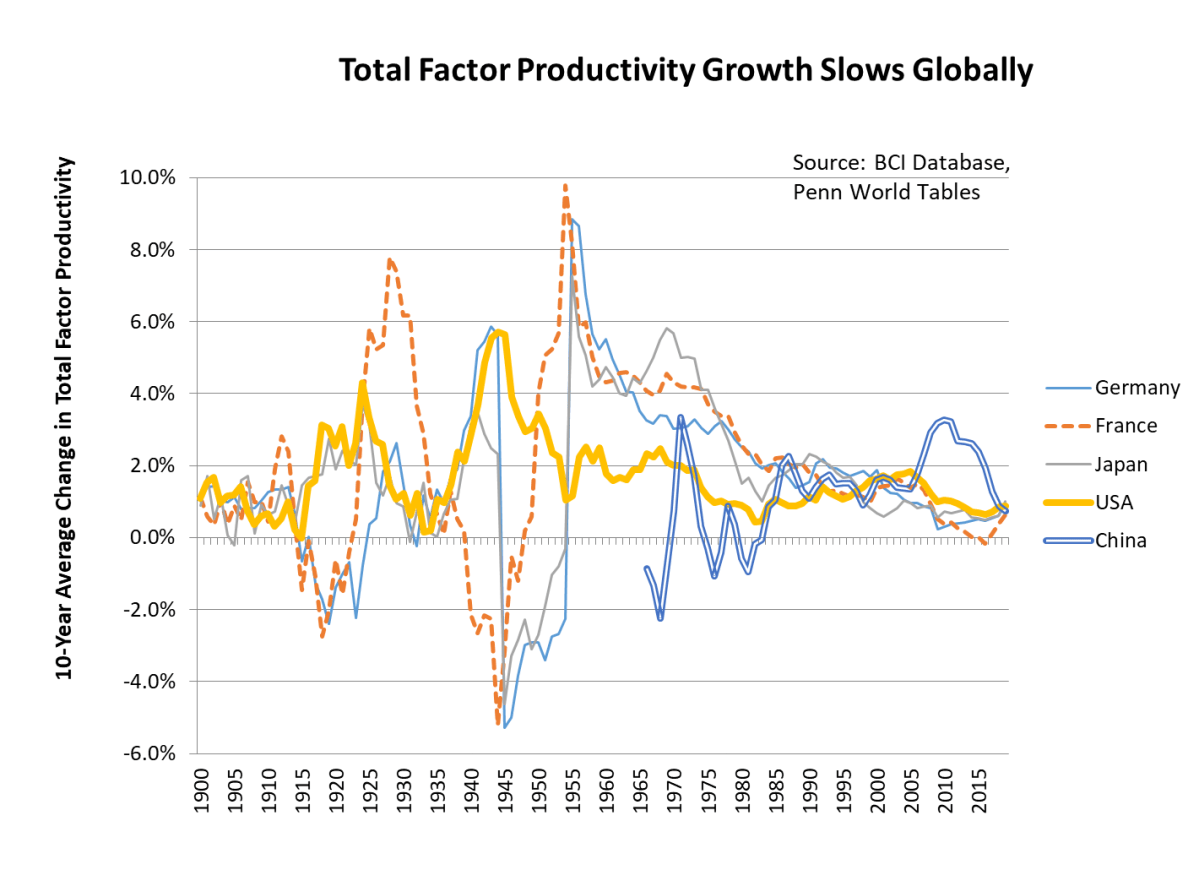 Productivity growth has been stagnant everywhere during the past decade. The Fourth Industrial Revolution has the capacity to reverse this – and the first place in which the world will see the macro effect is likely to be China.

The Trump administration is partly responsible for this outcome. The American boycott of high-end computer chips imposed 2020 hurt Huawei’s handset business and limited its capacity to build out 5G infrastructure around the world.

Huawei appears to have stockpiled enough chips and sourced enough new ones to continue the buildout of China’s 5G networks, but the US sanctions probably constrained the company’s role in 5G construction elsewhere.

That left Huawei to concentrate all of its resources on China’s home market, and to shift its attention from handsets and infrastructure to Cloud computing, industrial software, and other 5G applications. Huawei’s role in 5G networks around the world diminished to some extent, but the speed of 5G construction outside China’s home market may be the ultimate beneficiary.

Hello and welcome back to TechCrunch’s China roundup, a digest of recent events shaping...

As part of its ambitions to turn the Greater Bay Area (GBA) into an innovation...

The Electronics Sector Skills Council of India (ESSCI) hosted a webinar on Mobile Robotics on...