How to boost Indian manufacturing 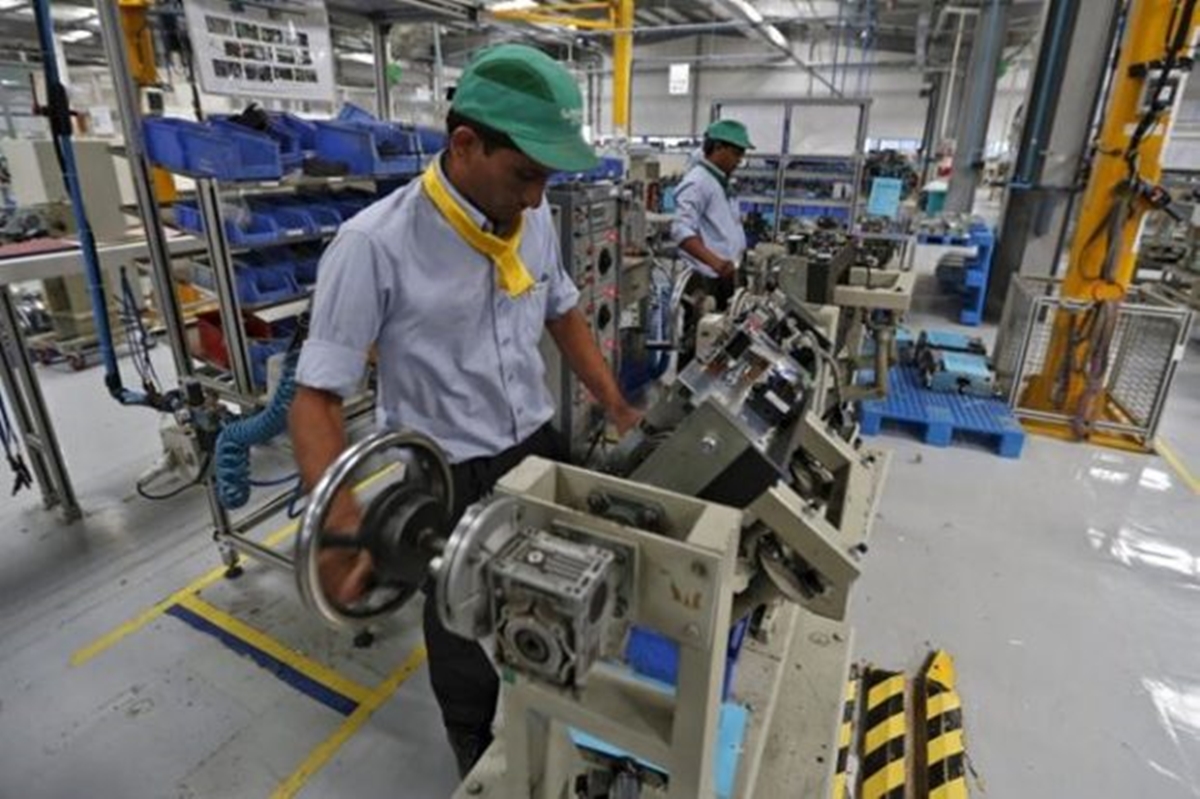 Can the Production Linked Incentive scheme be a game changer?

One of the grander schemes launched in India during the ongoing pandemic that has been uniformly lauded is the Rs 1.97 trillion (US$27 bn) Production Linked Incentive Scheme for boosting manufacturing. Over five years, selected manufacturers who have attained the agreed upon parameters of performance such as incremental sales turnover, investment, exports, local value content and employment creation, would become eligible to receive the contracted incentives, ranging from 4% to 6% of the value of incremental production. In aggregate terms, the stated objective is an additional turnover of US $500 bn with an additional investment of $100 bn, thereby materially lifting the share of manufacturing from the long stagnant rate of 16% of GDP.

Unlike the much hyped “Make in India” mission launched soon after the NDA government took over the reins in 2014, the PLI scheme is a concrete measure under the Aatmanirbharta programme of 2019. In many ways, the scheme is off to a strong start with all the 13 segments of the manufacturing industry to be supported already identified, the requisite government approvals accorded for their implementation, and the norms for selecting the beneficiary units notified for ten of them. Project management units for each scheme also stand created in the relevant government outfit. For the first three schemes initiated in March 2020—mobile handsets and their specified components, active pharmaceutical ingredients and medical devices—the eligible firms, both domestic and foreign, have been selected after global invitations to join were extended. Contracts between these firms and the relevant ministries stand finalized, and they are aligned on the base year over which the incremental performance-criteria would be applied.

Going by the prescribed periodic reporting, manufacturing activity along with incremental investment are moving in the desired direction; though there is a demand from some to move the base year from 2019-20 due to the ongoing pandemic. By all reckoning, if an annual public investment of approximately US $5.5 bn for five years can cause manufacturing to grow on average by $100 bn a year, bring in $20 bn of annual investment with the concomitant benefits of local employment generation, value added to benefit MSMEs and grow exports, this initiative would be on very solid ground, meeting all criteria for cost effective public programming of resources.

Despite the promising signs, there do appear a few reasons to relook at this forward-looking measure. This includes being vigilant in order to ensure that the incentive scheme invariably remains WTO compliant. While the concerned government spokesmen have no doubt clarified that since the quantum of financial assistance being promised is not linked to the extent of exports or the local content in the production process, the envisaged assistance is compliant, we should continue to move forward with an abundance of caution to ensure the scheme is beyond WTO objection. Getting a priori endorsement for the scheme-structure from the WTO would be prudent, lest it go the way of most of our earlier schemes for export promotion, including the highly used merchandise export incentive scheme or MEIS. It is worth recalling that the international trade body’s thinking on the subject and several of its regulations, have been constantly evolving, and what may have been permitted or overlooked a few years ago may not necessarily pass muster now.

We must also be realistic and recognize that the new measure, in isolation, may not cause the anticipated surge in manufacturing, and would need to be accompanied by a host of other significant support-measures. Our track record in terms of manufacturing exports has been tardy, with Indian products generally not perceived as being globally competitive. This disadvantage has been witnessed even in traditional labour-intensive exports such as apparel, leather products and engineering goods. Of late, countries like Bangladesh, Indonesia, Mexico, Thailand, Turkey and Vietnam, which enjoy almost similar comparative advantages as India, have all out competed us for a variety of implementation-related reasons. These include more affordable electrical-power, reduced transportation and logistics costs, higher scales of production, less stringent labour regulations, and a more facilitative manufacturing and trade regime on the ground. In fact, these factors, combined with the higher cost of finance, have been persisting handicaps for India. Effectively resolving them will determine the overall growth of manufacturing and exports; not merely setting off micro level actions by participating manufacturing units.

No doubt the cost disadvantage resulting from such constraints can be partially offset by the outright 4-6% grant of sales turnover being extended to eligible entities. Such measures, along with raising of import duties and enacting other trade barriers (both of which are being liberally made use of for products under the PLI scheme) might work well to open up the huge domestic market. In the overseas markets, however, these would be of limited help. In addition, the Indian consumer, both households and commercial, would end up paying a higher price for their purchases within the country than before the imposition of the trade protection measures. Unfortunately, either way this would perpetuate inefficiency and would not fundamentally address the country’s products becoming more competitive.

Given that many of the cost disadvantages in manufacturing and external trade require effecting far reaching structural changes, these in the past have often been found virtually intractable. Indian industry could be made more competitive primarily by embracing modern technology at a more accelerated pace. Perhaps, this may be the only way forward. Our neighbour China has demonstrated that compellingly and continues to double down on technological advancements to further build up manufacturing and acquire global advantages. Though it has a top down centralized and authoritarian set up that neither India nor any freedom loving country should emulate, we can learn from its route to industrialization. It highlighted the role of mass education, vocational training, adaptive technology and deep investments in R&D of future era technologies such as artificial intelligence, robotics, and quantum computing. Its Made in China 2025 programme, launched in 2015, aims at funneling huge government spending into technologies to make the country independent of foreign suppliers for advanced chips and cutting edge software—this furthers its objective of becoming the leading technology player, and perhaps also advances its alleged, more jingoistic goal of dominating global telecommunication networks.

Indian scientists and computer engineers who perform “wonders” in the West need to be attracted back to India to help develop its technical infrastructure and build advanced hardware and software products locally. The existing culture of doing pure academic science work, or going abroad to monetise skills, has to be overhauled with the requisite wherewithal provided to convince our brightest minds that they can develop and commercialise their technologies here. The targeted investment in the PLI scheme in a few critical industries has already revived the debate on whether the government should be picking the winners and losers, and championing certain industries over others. In its next round, the focus could perhaps shift to the development of identified technologies in each critical industry rather than remain on increasing the production of specified parts and components. The widespread adoption of such futuristic technologies relevant to Indian conditions, will undoubtedly unlock the massive scaling of production and bring in a significant reduction of per unit costs. This is exactly the formidable advantage China has built for itself, thereby allowing it to dominate the major global supply chains.

Even the US now realises the need for concrete action to retain its competitiveness in manufacturing and face the Chinese challenge head on in the technology space. Facing a realistic threat of growing dependence on China, earlier this week we saw the US Senate put on a rare show of unity with both the Republicans and Democrats coming together to announce what is perhaps the most significant government intervention in industrial policy in decades as they voted to spend a quarter of trillion dollars over the next five years. That includes a $52 billion subsidy for the country’s semiconductor firms to attract foreign technology partners to build not just “commodity chips” but also cutting-edge semiconductors that use the smallest circuitry to power next-generation products. Over the next five years, another $100 bn of public expenditure is envisaged in scientific research and development of emerging technologies. Once the American House of Representatives approves the plan, the Biden administration would seek to create pipelines for giving grants and fostering agreements between private companies and research universities to encourage breakthroughs in new technology relevant for the fourth and fifth generation of the industrialisation process. Apart from ensuring that it does not lose its leadership in tech related manufacturing and telecommunications to its adversary China, US lawmakers are also banking on the expectation that this would create millions of jobs down the road.

Returning to the structure of the PLI scheme, the Union government should also consider making it “politically neutral” by entering into legally enforceable contracts with each participating entity. This would help accelerate inflows of FDI into Indian manufacturing; something that has not significantly materialised so far, except in a handful of segments such as automobiles, their components, and the generic pharmaceutical industry. Apart from the expected rate of return on equity, a major consideration that invariably plays on the minds of foreign investors is political stability in the destination-country receiving their FDI. With international agencies giving a higher rating to nations displaying this character, legal protections help determine the cost of raising capital for investment in developing countries. With the PLI entitlement becoming legally binding, the sectors of manufacturing selected for PLI would receive a virtual upgradation in their ratings. Of course, when finalising such contracts, the Indian government must also deal with important issues of domestic policy changes, taxation rates and other regulations that have the potential to impact manufacturing operations. Ensuring the stability of the manufacturers’ balance sheets would be critical to preclude them from becoming the subject of long-winded future litigation.

To guard itself against the baseless allegation of promoting crony capitalism, the Union Government has taken care to streamline the selection process of ‘beneficiary units’ and made it compulsory to globally and publicly invite expressions of interest. It may also be advantageous to make the process of selection more independent of government, by leaving it entirely to a body of experts appointed for each industry. Experts must have the requisite domain knowledge, and an ability to separate the grain from the chaff while drawing up the norms for selection and undertaking the actual process. In the ultimate analysis, to be successful, the scheme must promote widespread adoption and incorporation of modern technology to make the country’s production processes stand up to global competition and plug local manufacturers into the important global supply chains. There is a strong case to also involve such independent, external groups on an ongoing basis in the monitoring and evaluation of progress made by each firm and the payouts of committed funding. Such a delegation of authority would only strengthen the much-warranted public confidence in this important government programme.

Dr Ajay Dua, a progressive economist and expert in public policy, is a former Union Secretary of Commerce and Industry.

Hello and welcome back to TechCrunch’s China roundup, a digest of recent events shaping...

As part of its ambitions to turn the Greater Bay Area (GBA) into an innovation...

The Electronics Sector Skills Council of India (ESSCI) hosted a webinar on Mobile Robotics on...